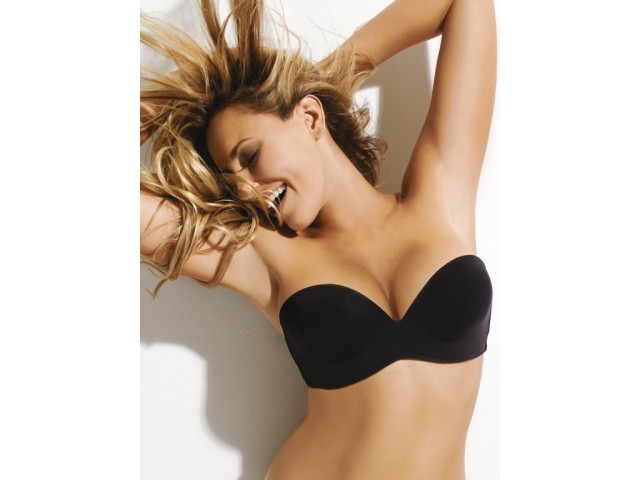 Despite some accusations in the War on Plus Four, while I am a staunch believer that the +0 method is a better starting place for fit, I am not militant about the ‘right’ bra size. Every enthusiast worth her salt knows that the key is fit – and that those little numbers can vary from brand to brand and style to style.

More than that, I have been known to dabble in what could arguably be called the ‘wrong fit’ too. I mean, sure my 34E Agent Provocateur Fifi digs in at the shoulders and I spill over the top when I walk – but does it matter when it’s so beautiful and it doesn’t leave the house?

And I’ll admit – my 32F Wonderbra Ultimate Strapless is a bit loose and does require occasional jiggling – but in the absence of a 30G and with standard balconette/plunge styles murder on my bony and prominent sternum – does it matter?

Well, my Thai holiday (the reason for my recent hiatus, and for this horrible jet lag…) may have taught me my lesson. Held up by my 32F strapless, I walked, ate and tuk-tukked my way through a day in Bangkok for before catching a 3 hour train north to our next stop.

Aside from the fact I was boiling to death (molded cups do not love 40C temperatures), I was super-aware of just how wrong my fit was. The movement. The wobbling. The shifting. In the heat, it felt more of a compromise in fit than it ever had before.

I knew I couldn’t wait to get the thing off, but I was surprised at what I found when I did: long thin strips of blisters decorated my sides from where my bra had rubbed in the heat. Gross, and ouch.

Fortunately, Mr B4J’s first aid skills saw them reduce significantly overnight, and though I was sore the next day the blistering had at least gone down. The day after, I could wear a bra again. Two weeks on though, I still wear the scars.

The moral of the story? Of course, when you’re in the G+++ echelons of bra sizing, it’s often tempting (and sometimes essential) to compromise on fit to get something you want. And we’re grown women – it’s up to us how we dress our own boobs. But when playing this game, let’s not forget that it’s a compromise. We need to be careful about our assets, and while we’re at it not forget that the perfect fit exists – and that with our custom and our complaints slowly more companies are inching towards it. Something perhaps perfectly demonstrated by the fact that Wonderbra have – perfect timing – revealed their Ultimate Strapless in a 30 back up to a GG. I do love a happy ending.

Oh, and another lesson learned… don’t even think about molded styles in the upper thirties. They’re bra saunas that close to the equator. Cruel. And unpleasantly sticky…

14 Responses to A lesson learned…