Lumps, Lycra, and the new love of my life: protecting your bits from bumps on a bike 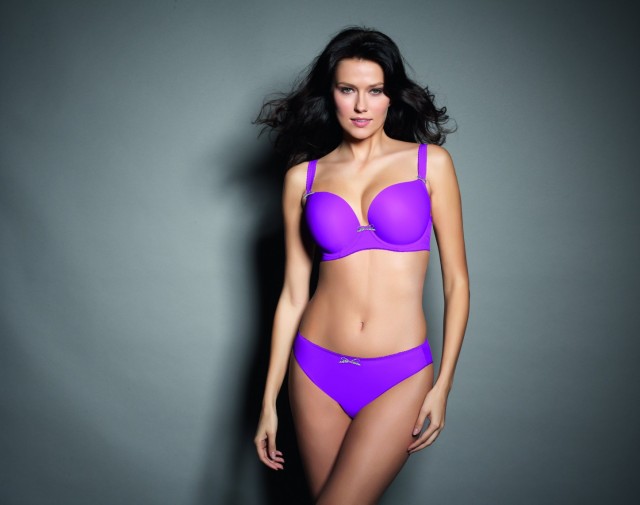 Since first discovering the Freya Deco’s surprising talent for supporting boobs on bicycles, I’ve found that, caught short, many other bras (including the ever trusty Freya Jolie, and even the Wonderbra Ultimate Strapless) can offer decent on-bike support to G-Unit on a short city hop on Cecil.

But for my latest adventure – a European holiday with Mr B4J on a mountain bike made for two – I needed more than a casual scaffolding for the ladies. If you’ve never ridden a tandem before, the ‘stoker’ – the politest of names for the rider in the rear – is so much more vulnerable to the shocks of the road that the seat even comes with a specially adapted suspension system. Our weeklong cyclefest around Belgium and Luxembourg needed the Deco.

Its boob defending properties are truly a wonder. By pushing the breast up in to the cup, as well as giving you the sort of cleavage that has its own gravitational field (at least, it seems to on eyeballs), it means that the tissue – while perfectly supported – can jiggle comfortably with the bumps in the road without shock or pain. I’ve done tests, and I actually find biking Deco-clad this way more comfortable than in my sports bra. If Freya Active could fuse Deco technology with proper cycling gear, I’d be a very happy lady.

As, indeed, were my boobs. They wobbled their way around the continent, held aloft happily like Egyptian queens. In fact, I’d put so much thought in to defending my best assets, that I missed one massively significant detail. I forgot to look after my other bits.

To put it frankly, by the end of the first cycle (50k in Belgium), my unpadded bum hurt so much I would have done anything – ANYTHING – for an epidural. Thank god the lady who sold us the bike ordered a special ‘lady area’ seat for me. Without that engineering, at about 30k I’d have kissed any future children goodbye. While my boobs jiggled contentedly, each lump in the road forced a cruel decision: accept the shock sat down and let it rip through me like a dagger shot from a cannon – or, wailing, slowly and painfully peel my stiffened butt cheeks off the seat in time for the kerb.

It was agony. And it had to be. Nothing else would have driven me to what happened next.

I bought – and wore, in public – cycling shorts. The one item of clothing that no one – not even goddesses like Kelly Brook I’m sure – could pull off with dignity or flair. Cycling shorts are not made for women at the best of times, cutting in above the knee and and the exact worst place on your hips. And added padding – necessary as it is – makes you look, and feel, like you are simultaneously sporting a fetching FUPA and sumo-sized sanitary towel. I confess, in that Belgian changing room I wanted to cry and/or run (hobble) away from my new adventure. Run away, lose a stone and smash every mirror in the Northern Hemisphere.

Thankfully, I did not. Oh, I looked every inch as ungainly in padded Lycra as I thought. But once on the bike, I felt like a superhero. For 100k of Luxembourg, I flew through the countryside in nothing more than a slip of fabric and a smile, only really starting to ache at the 90k+ mark. I felt brilliant. And silly, of course, for being such a madam about the way I looked when I put them on. Sometimes it takes a real pain in the arse to remind you that life really is too short to waste on this crap…

So ladies – go forth. Unleash your inner superhero by strapping up in a Deco and some unflattering, but un-inhibiting, padded Lycra. In the darkest moments of fashion, style and flattery, there is freedom… 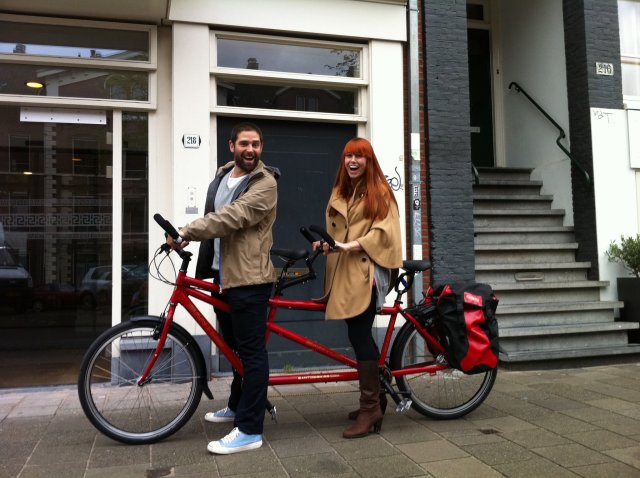 3 Responses to Lumps, Lycra, and the new love of my life: protecting your bits from bumps on a bike