This first review of 2014 didn’t get off to the greatest of starts. As I tucked myself in to Figleaves Boudoir’s Carmen – the first trendy Marlies Dekkers-esque “strappy” style bra I’ve ever tried – the only words that came (screamed) to mind were OHMYGOD BRA CAGE. It took a few moments to realise that – seasoned bra reviewer that I may be – I was trying to put the damned thing on inside out. Oops.

Carmen did work slightly better the right way round – but although it didn’t feel like my boobs were entrapped in a PlayDoh fun factory, unfortunately it wasn’t exactly a perfect match either. In a 30G the cup was extremely narrow, so at the side the underwire was resting on my breast tissue tracking about an inch away from where it should have been. At the same time the cup fabric, which is actually constructed from two totally separate overlaying layers of mesh, was about a half-size too big – so the neat lines you see in the image above became something rather mangled and unappealing indeed. Tightening the straps did help, but there was still significant puckering and distortion. For a bra who’s raison d’être is to look awesome without clothes on top, it’s a bit of a miss.

Such a shame. I love the design of this bra, and Figleaves have made an affordable version of this dramatic, glamourous trend – but this fit was just way too wide off the mark for me. If you’ve tried a similar style in another DD+ brand I’d love to hear about it.

Figleaves Boudoir’s Carmen is available in sizes 30B-36G. All photos from Figleaves.com 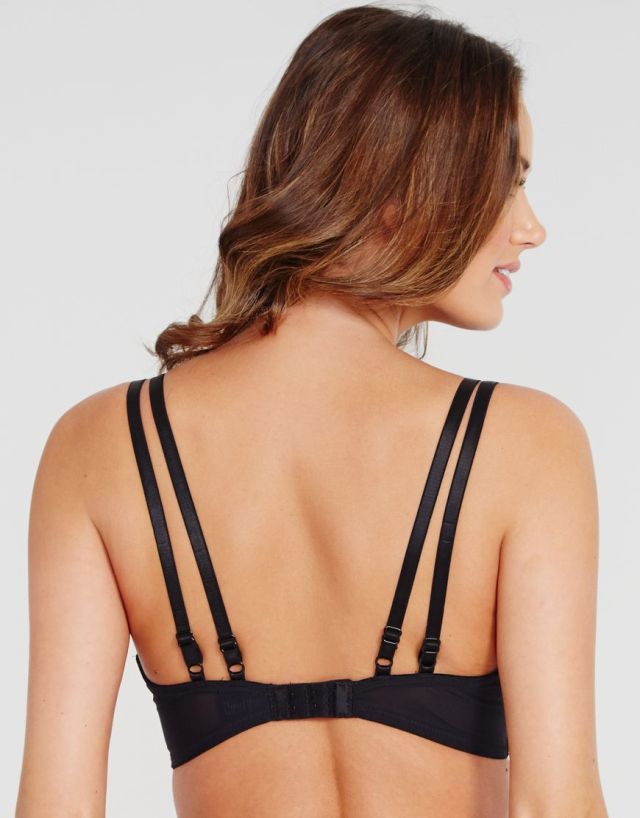