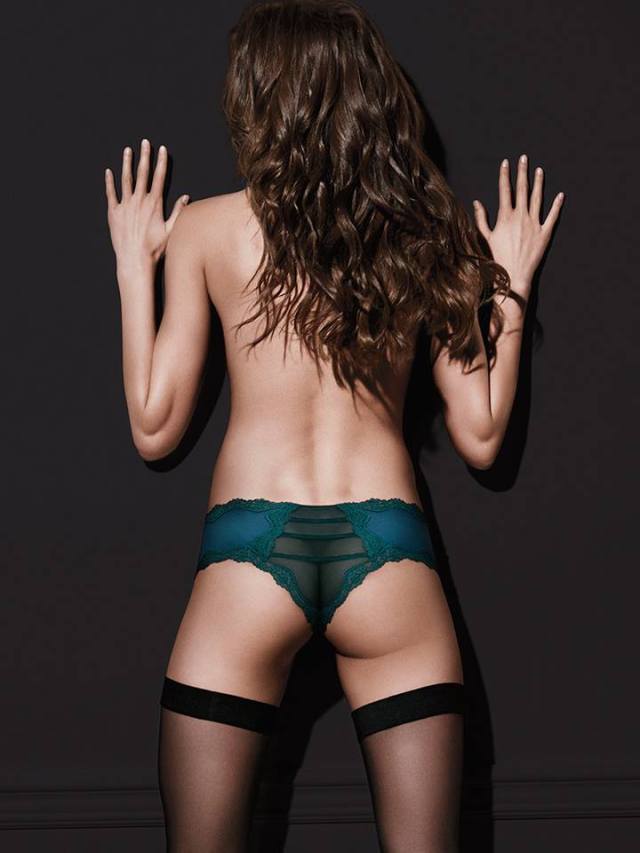 Does my bum look big in this? Actually, I’m writing this in a pair of “relaxed tailored” sweatpants so don’t answer that. I mean rather, that Victoria’s Secret have been at it again: wielding their retouching software with all the subtlety of a drunk and distracted Cecilia Giménez.

These knickers are called “The Cheeky’ – so cheeky in fact, that there wasn’t room in the photo for all of them. This mono-cheeked photo appeared (and indeed, still appears) on Victoria’s Secret’s Facebook page a few weeks ago. It has been bugging me ever since.

This isn’t even the first time they have erased the very body part their product is designed to serve from their marketing. I’ve written about this before: not content with erasing any nuance of shape, age, race or culture from their bland and two dimensional version of sexuality, they appear steadfastly committed to erasing actual body parts too.

I’m not sure what Victoria’s Secret’s end game is with this war against women’s three dimensional existence, but one thing is clear: women deserve better than businesses who treat women’s bodies like a Potato Jesus. Spend your money with companies who feel comfortable with buttocked bodies.